July 17 2017. Today was a solo day as Chris fast forwarded to Montrose CO to pick up his clutch.

On Day 8 my GPS fell off the bike and exploded so I had to get one from Wal Mart. Not ideal as the the ones they sell there are designed for autos. I uploaded the routes but the device performs completely differently than my previous one. Also I had no sun shade for it making it very difficult to see  the screen.

I traveled from Boise OK to La Veta CO and that should have been about 250 miles. I ended up traveling about 330 due to missed turns.

This cow was king of the road. He stood his ground for awhile. None shall pass!

The route was full of wildlife. I saw fox, coyote, hawks, antelope, and elk. Unfortunately they move fast. The GoPro is great for video but it somehow makes things seem much farther away than they really are.

This series of photos is from the GoPro and it is of an antelope that was on the road running about 40 mph then took a hard right ducking under the barbed wire fence. In reality he was right in front of me and I could see him very clearly but again the GoPro makes it seem distant. 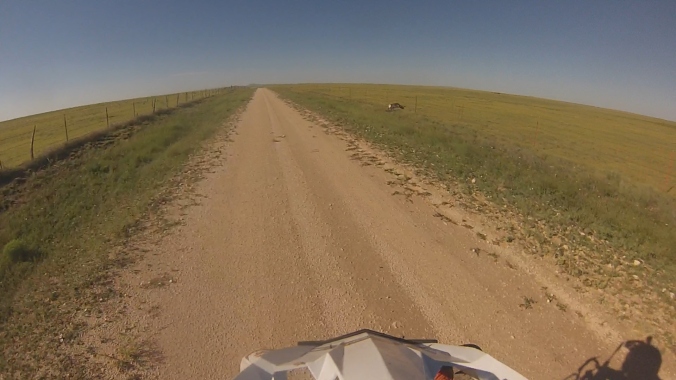 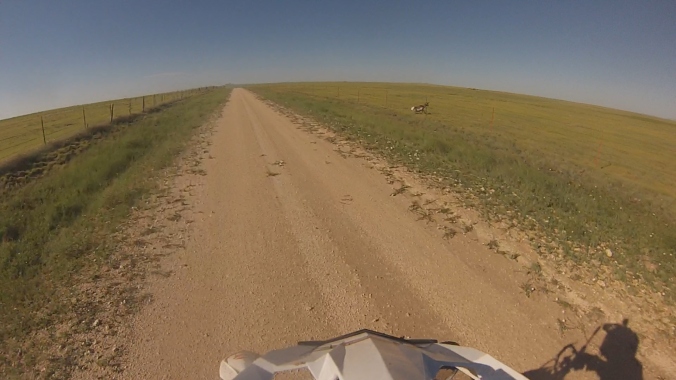 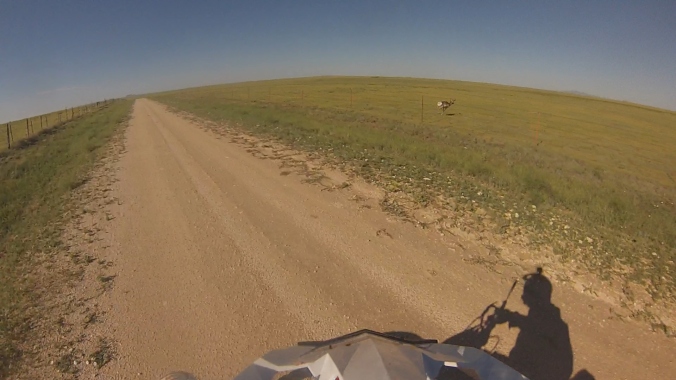 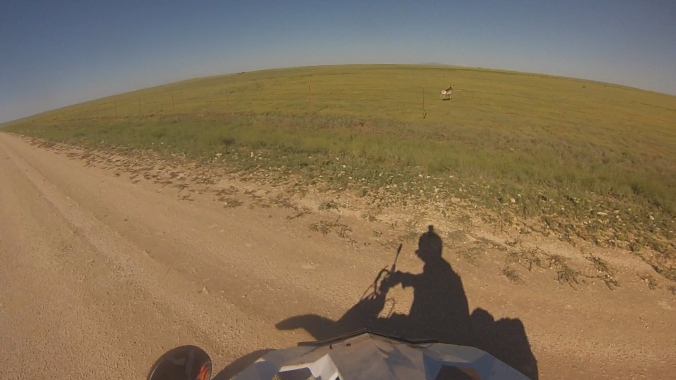 NM was relatively flat until right at the border. This hill climb led right into Branson CO. 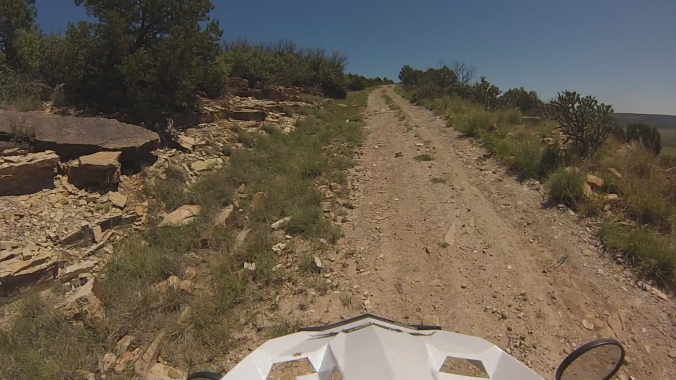 Entering Co the temp changed to the cooler side and I could see a looming storm. My goal was to beat it. This is about 50 miles outside of La Veta.

The terrain changed to rolling hills in Southern CO.

These old relics are dotted throughout Southern Co and NM.

I arrived in La Veta around 4pm local time.

I checked the local hotel but it was a two story historic place and I wanted a bit more rustic. They guided me to a place that rented cabins but they were out but offered their other place called the Ranch House. They literally told me to go to room 14 “it was open, just swing by in the morning for breakfast and settle up then”. You gotta love Colorado hospitality. I arrived at the Ranch House motel just as the skies opened up with a brief but fierce hail storm.

Tomorrow I head over to Gunnison CO for new tires and oil.