We were supposed to go from Clinton AR to Moody OK but the day went on a bit long. As were were prepping the bikes to roll we ran into a couple of other TAT riders that were staying at our hotel. Joel and Jeff both from the Atlanta area and are going from GA to CO and Back. 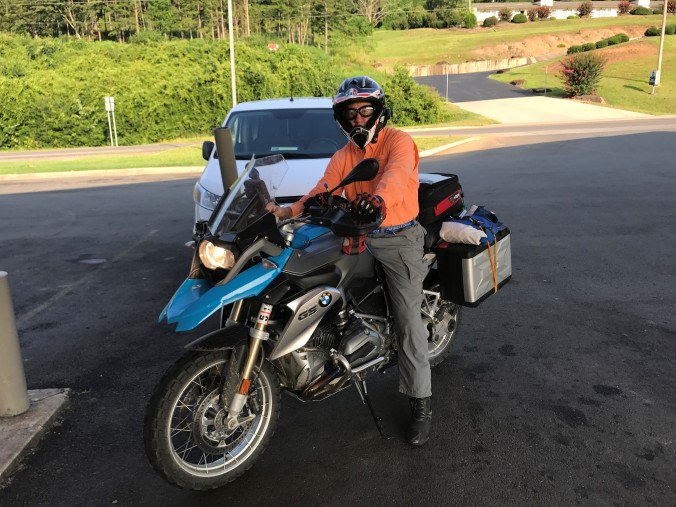 We ran into them again along the trail in the mountains and at this great little diner/gas station/general store (it is a common stop for TAT riders). The burger and onion rings were fantastic with many of the customers happy to see us and ask questions. 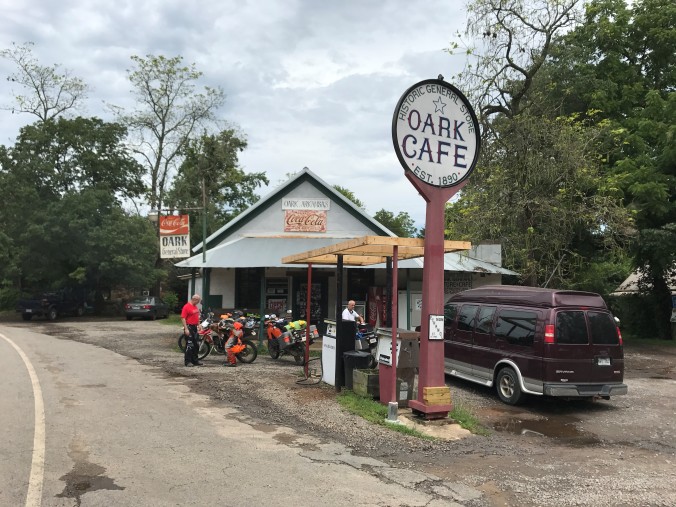 At the end of the day we went to dinner with them and had a couple of beers and shared stories. Great dudes, hope to run into them again along the way.

The Ozark Mountains didn’t disappoint. Lots of twists and turns with steep inclines and declines. 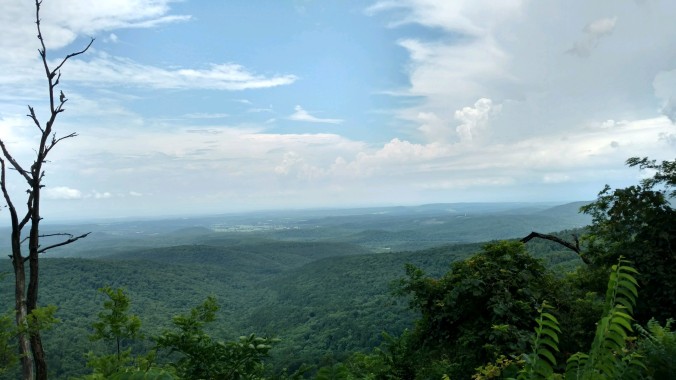 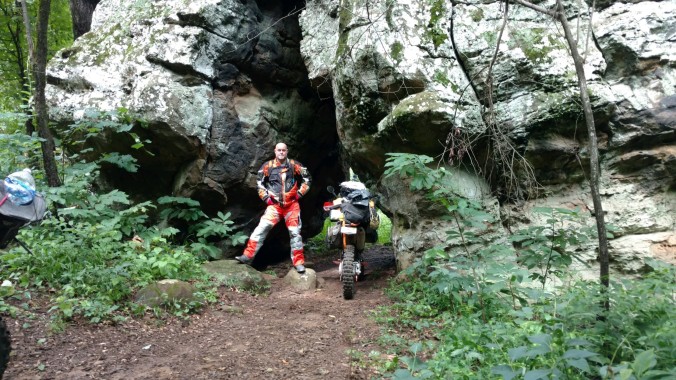 We took advantage of the rock I am standing on and leveled Chris’ bike on it for an impromptu chain tightening. While we were doing that Joel and Jeff cruised by putting them in front of us. We played leap frog with them throughout the day. 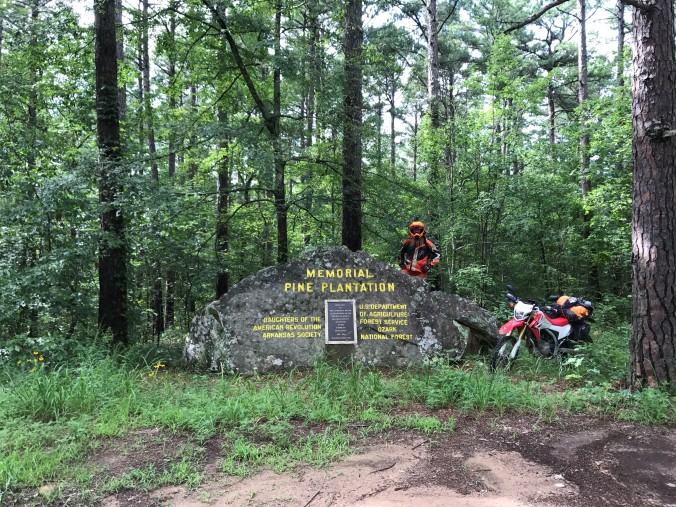 Buffalo statue out in a random Field.

This is a pic of where I would have gone if I didn’t bail off the bike. Hard to tell in the photo but it is a good 80ft down. And there is a tree with windshield glass embedded in it. Therefore I didn’t feel as bad for dumping it there as others have done the same before me. The embarrassing part is Chris caught the whole debacle on video.

Tomorrow we recalculate…We are about 50 miles behind schedule. Time to improvise.