July 22 2017. This day began early with a 530 am shower to get the grime off from the day before and clear the mind to focus on solving a bad fuel pump for the KTM. Thanks to Team Wanker for really cementing the solution for us so we could focus on a single fix.

While sitting having a cup of coffee and burning up the computer this guy came lumbering through looking for food.

Our focus was singular-How to source a new KTM fuel pump into Green River UT in the shortest amount of time possible. 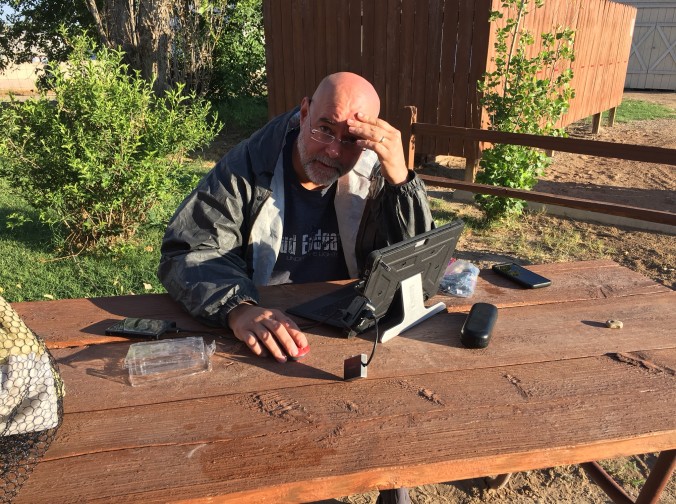 We started calling around to Moab shops to see if they had one but no one was willing to part with even a used one. This left the internet. Knowing that RockyMountainATV.com had a distribution center in Utah, we called them first. They had 18 new fuel pumps in stock and they were approximately 150 away from Green River.

Steve was gearing up to make the trek when the local maintenance man for the KOA, Charles, volunteered to make the run in his truck. He and his wife have been on the road for a year pulling their Airstream from campground to campground enjoying the camping life.

Charles and I are face-timing to verify he had the correct part in his hand. 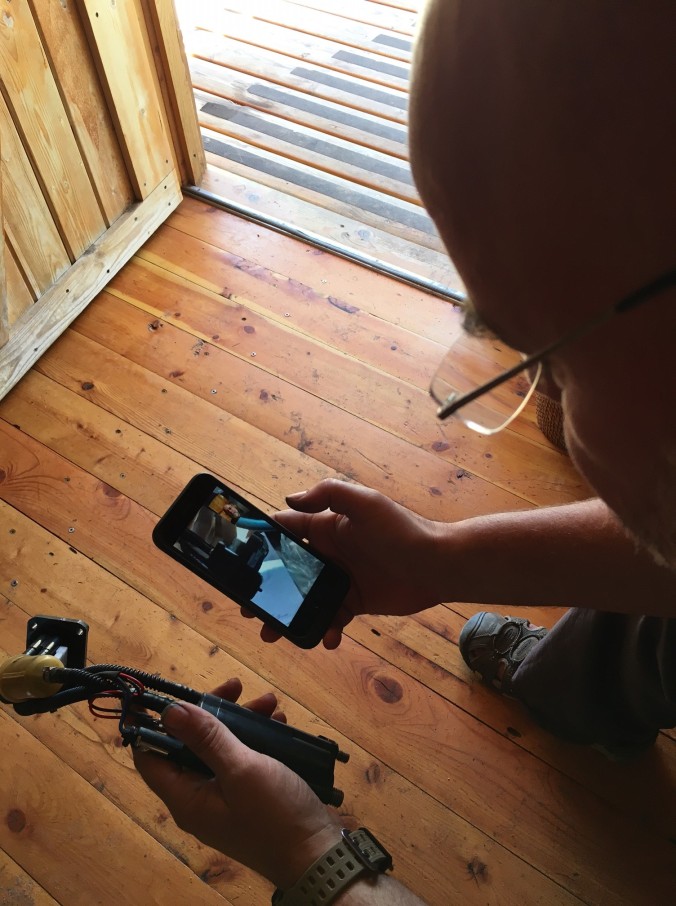 Enough can’t be said about the kindness of others in America. We have met the most interesting folks along this journey and all are willing to help in time of need. I have to say I am new to KOA but in the future I will definitely take the time to stay in more places like this. The people are fantastic and really enjoy just sharing stories. Yes, life is much slower at places like this but it is a welcome change from everyday life.

With this new development it meant that we could go ahead and focus on conducting maintenance on the remaining bikes, get some laundry done and relatively relax until the new pump arrived.

Charles arrived around 3 pm with the new pump. We learned he is former diesel mechanic and he and his wife sold everything they owned and bought the Airstream. Here is Charles delivering the new pump.

Now for the installation. 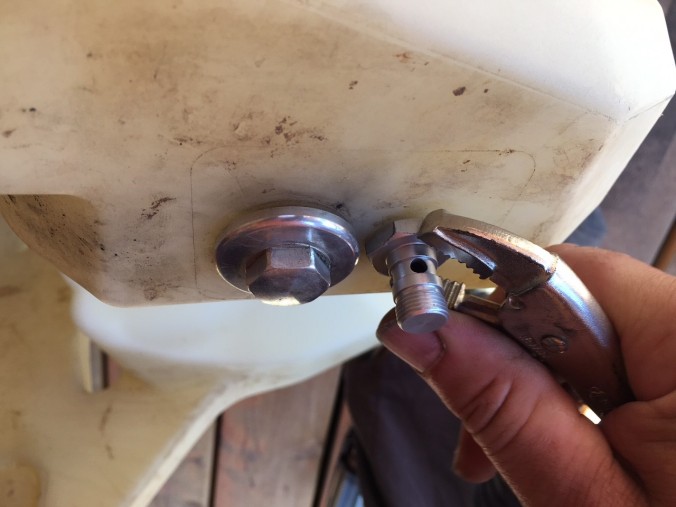 Pumps in, now for the test…

Victory! the bike purrs again. We wanted to load the video showing the bike running but alas wordpress has issues with videos.

Tomorrow we are back on the TAT -headed to Ephriam UT.