July 21 2017. We woke up early today to hit the road to Moab. No offense to Chris but waking up next to this everyday would really wear on me. 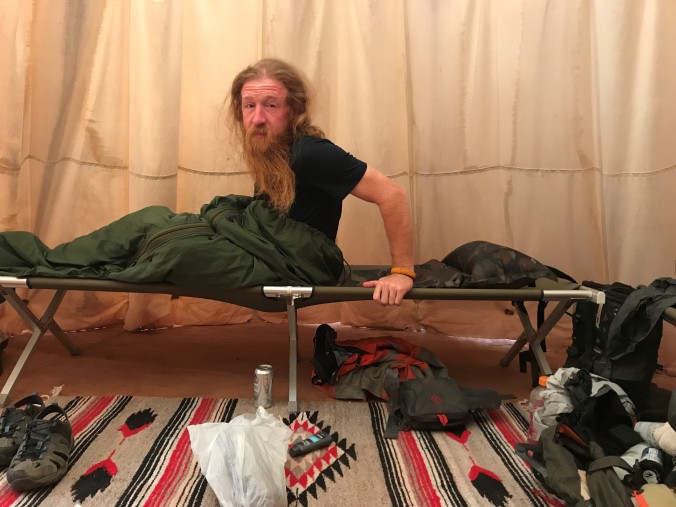 The road to Moab ran through the lasal mountains, challenging but fun. 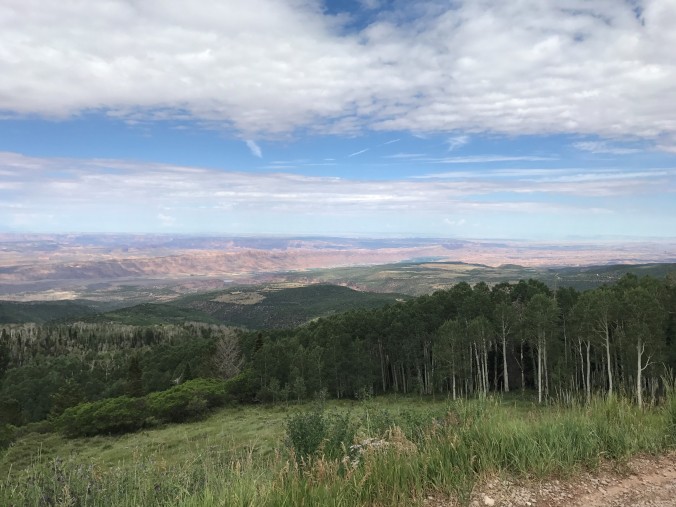 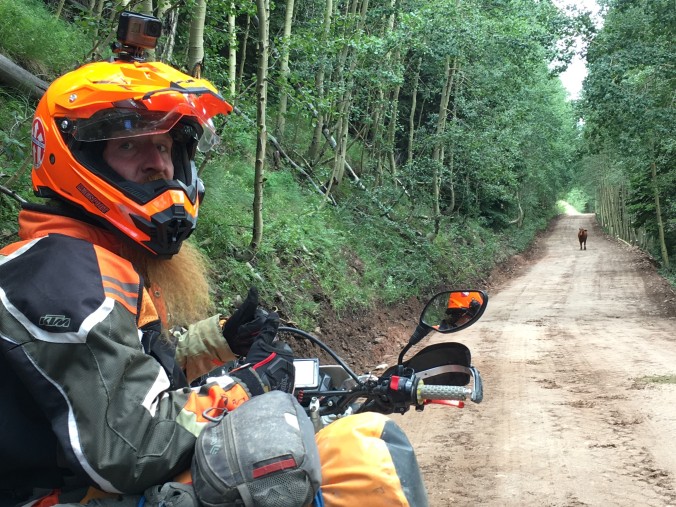 This cow was stuck between us and a steep drop off. We tried to give him passage but he wasn’t having it. 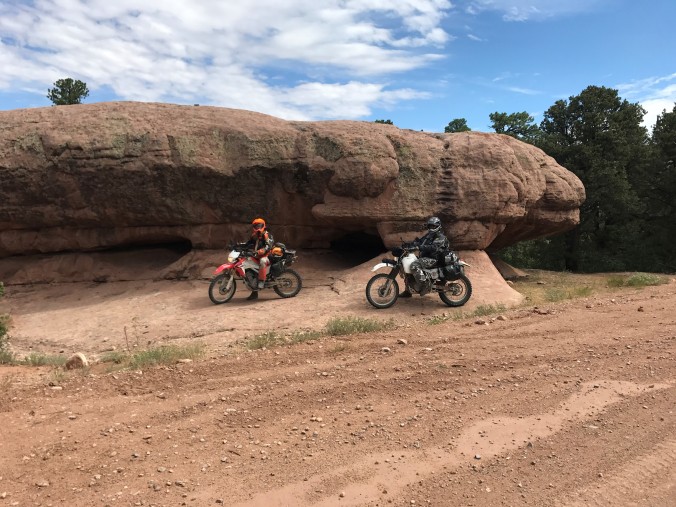 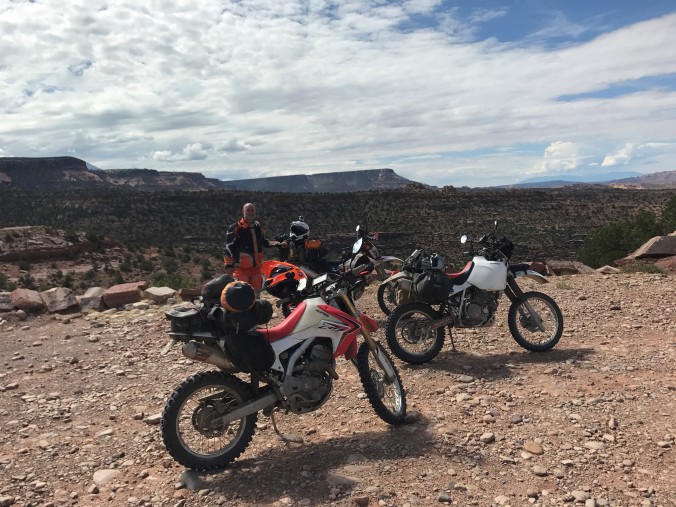 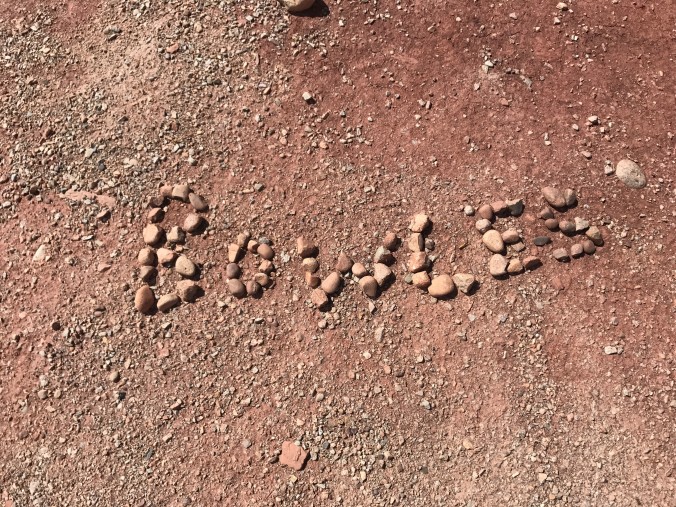 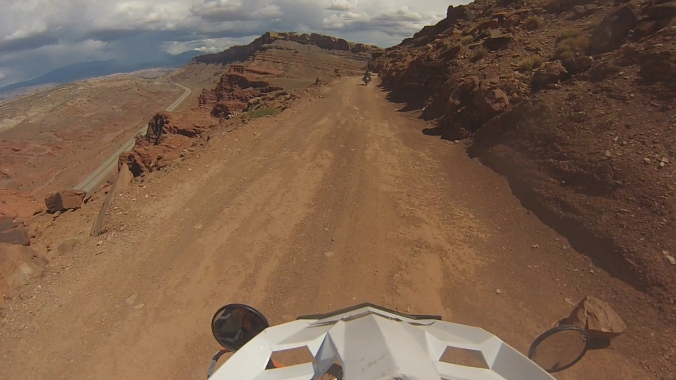 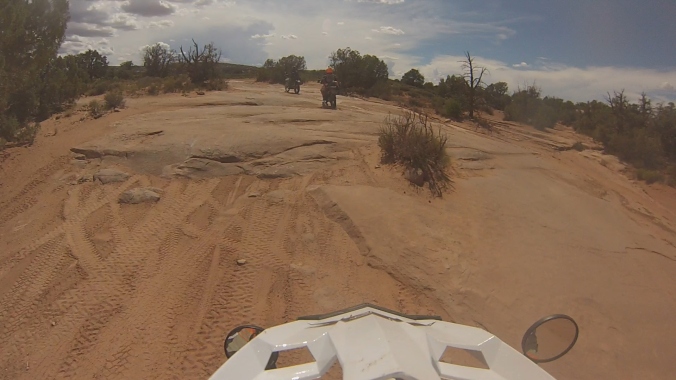 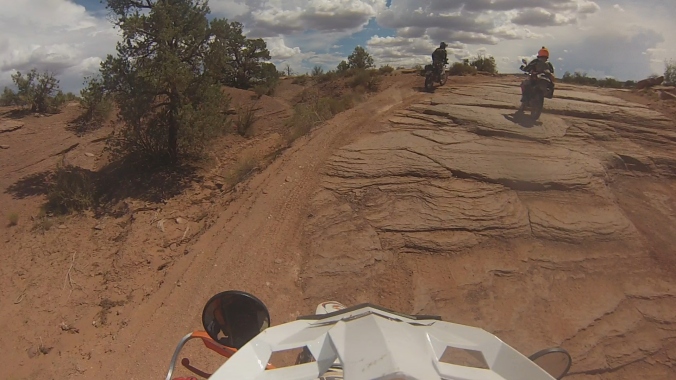 Exiting the Lasal range we started to see the rocks of Moab. 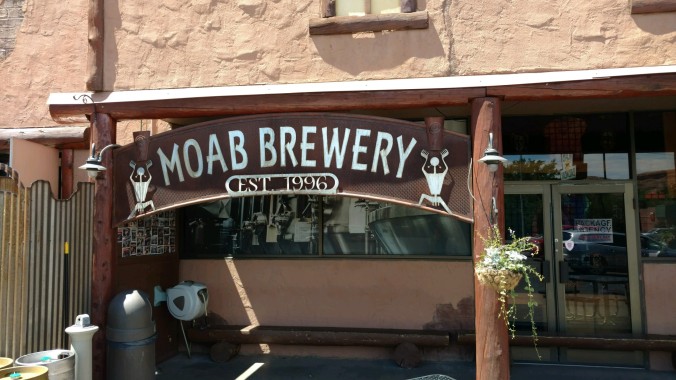 We arrived into the town of Moab around noon so we grabbed lunch at the best place in town. 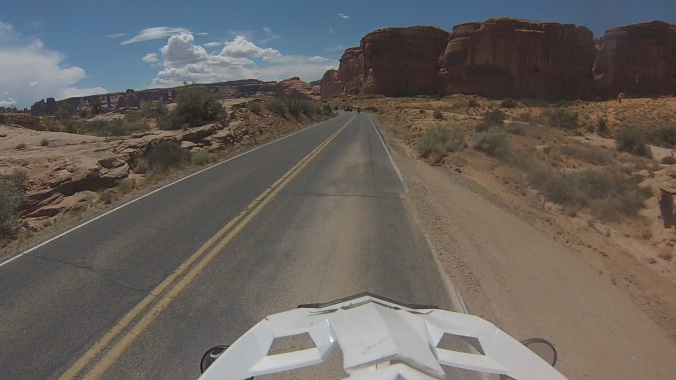 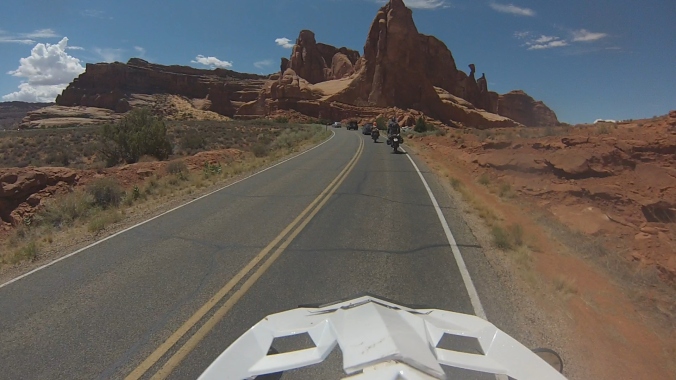 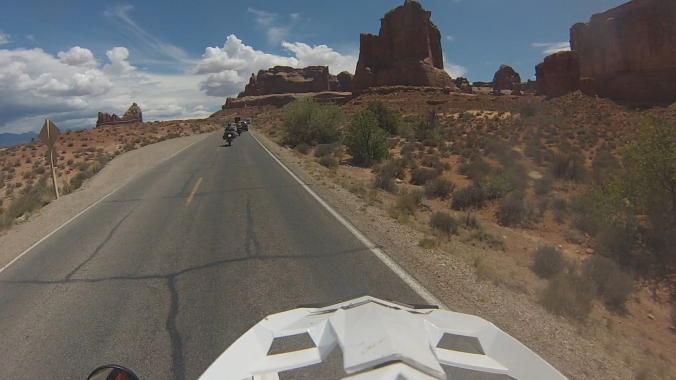 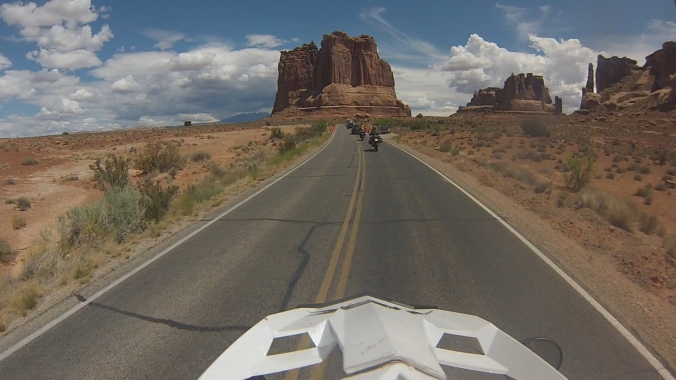 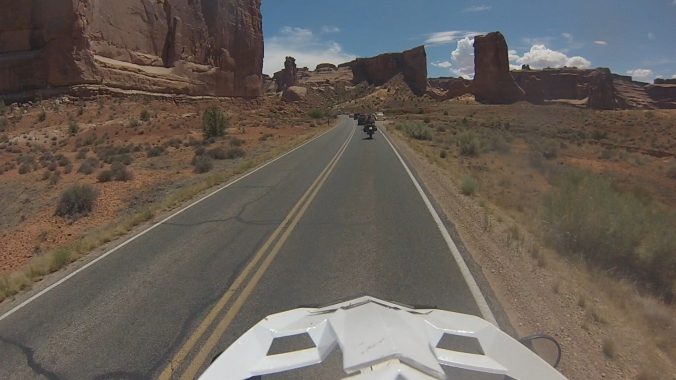 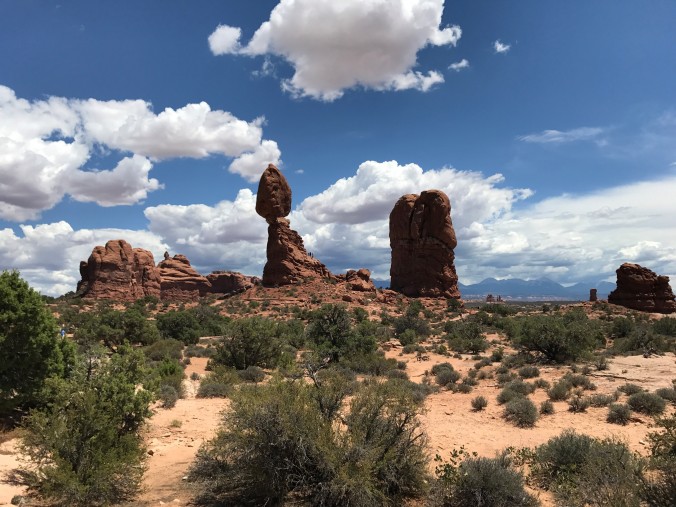 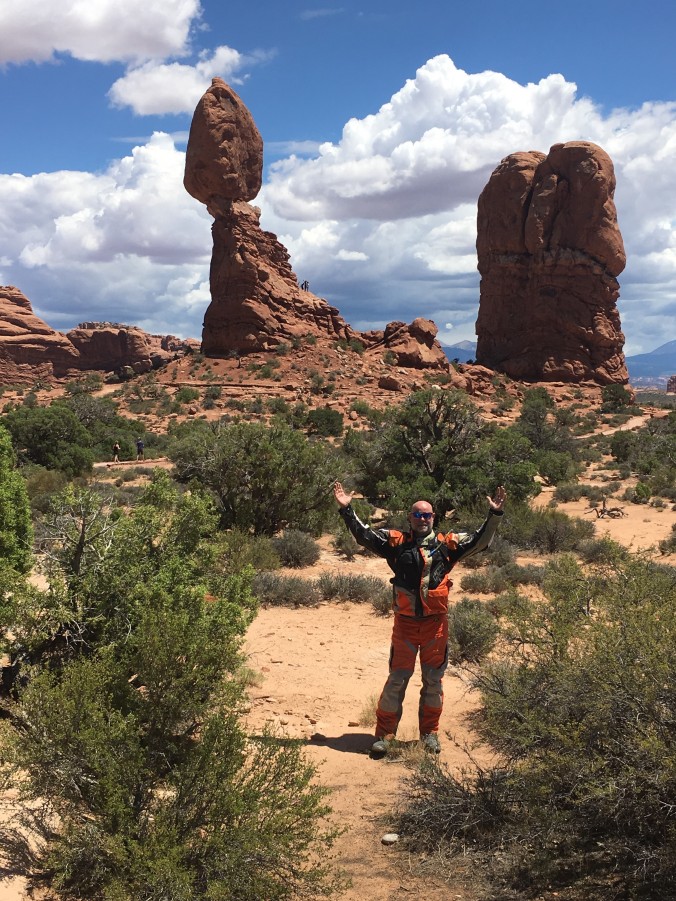 After lunch we decided to run up into the Arches National Park. 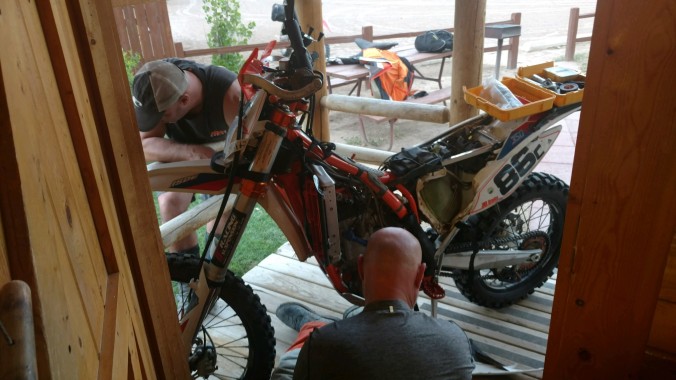 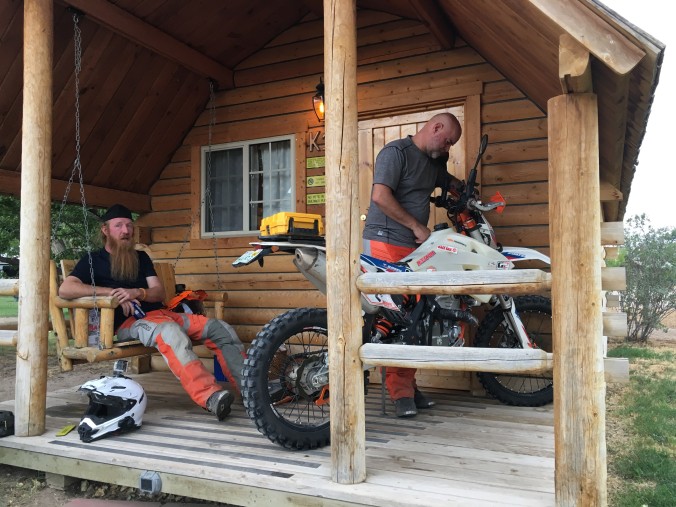 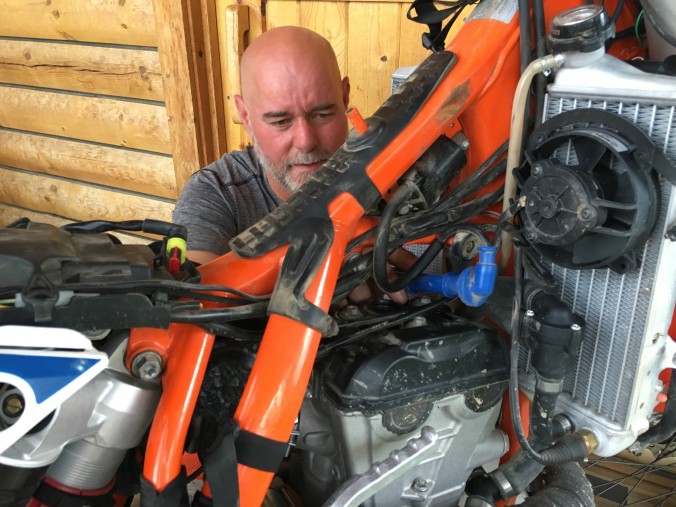 Right after departing the Arches National park the KTM began to sputter and stall. I initially chalked it up to the intense heat so we let it rest a bit. We still had about 50 miles to go in order to get into Green River UT for the night.

Then entire way to Green River the KTM throttle needed feathering to keep it running. Its top speed became 40 mph and it was apparent that something was really going wrong.

Upon arrival into the KOA campground in Green River we pulled the spark plug out and saw the issue.

We changed the plug and the same symptoms were there. Hard to start and hard to stay running.

The plug was running hot with very little fuel.

….Well as soon as JB pulled the plug we inspected it close by taking a shot of it with an iphone then zooming in. Before taking that photo though I ran my finger over the electrode and found it to be super rough with baked on deposits. The bike was running lean as far as we could tell … and leanness is NOT good and could cause fatal problems …like burnt valves and a hole in the piston. One thing for sure, the KTM had a fuel issue and we needed to diagnose & solve it with no local help. The nearest mechanic shop for bikes was way too far to drive the bike to. We had to diagnose and fix this ourselves outside of KOA Kamping Kabin # 1 in Green River. Luckily This KOA like many is clean and friendly and we had plenty of space to work. It started to sprinkle so we put the naked bike up on the porch….No one bothered us.  The campground had really good WIFI which is unusual for any lodging place I have stayed.  We all started googling similar issues with this particular bike but didn’t find anything coherent that could help us narrow it down.

Then I remembered to try a FB group I belong to called Team Wanker … They are a group of offroad motorcycle enthusiasts over 700 strong spread out all over the USA but mostly in FL. Well I posted a pic of the plug and described the rough running symptoms and our fate as well. We could go no further on this journey unless this was fixed. Within minutes of the post I started getting responses …then more and more, and still more…. Within a couple hrs was 45 responses. We found out this particular 2016 EFI KTM 350xcfw has a FUEL PUMP issue. One after another the Wankers helped us nail it down. We were very very relieved to have all these gurus chime in and with great surety diagnose the issue: BAD FUEL PUMP.

Well it was Friday night and we were pretty relieved to find the issue but beat from the long hot day in 100+++ weather.  The heat had also caused my SIDI discovery boot to fall apart at the sole… and we are guessing the heat took out the pump as well. The intense heat made visiting ARCHES Nat’l park a brutal experience on a dirtbike wearing full gear.   The Wanker group kept chiming in all night and piled more and more help on us while we slept

Tomorrow we figure out how to replace the fuel pump. An unexpected and unplanned day for the TAT.